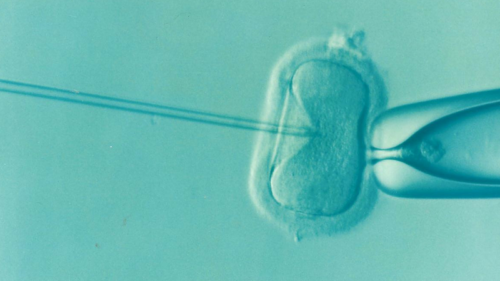 However, the two fertility treatments differ significantly. Specific scenarios will determine whether IUI vs. IVF is right for you. Hence, you should take the time to know more about their risks and benefits.

In vitro fertilization or IVF elevates the playing field by having fertilization occur outside the human body. The sex cells collected from the partners interact in the controlled conditions of a laboratory. Doctors screen any resulting embryos; the most viable ones undergo implantation back into the uterus to allow pregnancy to occur. IVF is a more invasive and critical procedure than IUI, as it involves more active participation from medical staff.

Before doctors prescribe any fertility treatment, fertility tests are first done to ensure that both partners can produce gametes. In particular, the male might have to undergo a semen analysis. This test checks the number and quality of viable sperm that the male can release. For the female, her fallopian tubes and uterus undergo checks to ensure that they can sustain a pregnancy.

The insemination procedure happens in a clinic or other hygienic space. A doctor inserts a catheter into the vagina, placing the sperm cells into the uterus. The woman then has to lie down for around half an hour to facilitate the movement of the sperm cells. Afterward, the woman can leave and do normal activities. She must take a pregnancy test about two weeks later to confirm if the procedure succeeded.

For IVF,  the woman takes a series of fertility medications to induce ovulation. The goal is for the ovaries to develop multiple follicles. These are fluid-filled sacs which nurture and eventually release one egg cell each. She undergoes an intravaginal ultrasound to check if enough follicles are developing typically.

Once the follicles have matured, the woman is given a mild sedative while lying in a clinic. Doctors insert a long tube into the vagina until its end reaches the follicles. Once it’s determined that eggs are ready for extraction, one last “trigger” shot is self-administered to prepare the eggs for retrieval. The egg cells are then harvested and stored in a preserving medium.

Sperm collection from the man uses the same methods used for IUI. The solutions containing the sperm and egg cells are combined, and the entire mixture incubates overnight. After a few days, doctors screen viable embryos for disorders. They then implant passing embryos into the uterus. Like in IVF, the woman must take a pregnancy test after two weeks to confirm that pregnancy has occurred. Elizabeth Fino, M.D. says that IVF requires patience, “The average is about two to three cycles.”

Both procedures can help couples who find it difficult to conceive through usual means. Fertility treatments such as these are useful after a couple fails to achieve pregnancy after six months of unprotected sex.

However, IUI is usually considered first before IVF. IUI is a more straightforward procedure, and it requires fewer resources than IVF.

Both procedures are useful when male infertility is the culprit. Common manifestations of male infertility include low sperm counts in semen, as well as high counts of abnormal sperm cells. In these cases, removing the obstacles that prevent fertilization is key to increasing pregnancy rates. IVF and IUI do this by bringing the gametes closer and making conditions optimal for fertilization.

However, certain situations require the use of IVF over IUI. Any condition that impairs the function of the Fallopian tubes or the endometrium would require IVF. For example, disease or trauma can cause the Fallopian tubes to close, preventing egg cells from reaching the uterus. Endometriosis, which is the abnormal growth of the endometrium, also indicates the use of IVF. These cases make it very difficult to conceive naturally, so fertilization should be done in a laboratory instead.

Being less invasive than IVF, IUI poses less of a risk to the mother. The most common side effects include cramping and some minor bleeding. IVF, on the other hand, may cause trauma to parts of the reproductive system if done incorrectly. In particular, the tube used to collect the egg cells may damage the Fallopian tubes or the ovaries themselves. However, these risks are minimal as long as an experienced team conducts the IVF procedure.

Contrary to popular belief, IVF does not increase the chances of having a baby with developmental defects. The association only occurs since older couples frequently use IVF; the parents’ age correlates with the risk of developmental abnormalities.

A significant consideration for both IVF and IUI is that they increase the chances of multiple births. This effect is particularly notable for IVF, as the woman receives many embryos to maximize the chances of pregnancy. While some couples will like having multiple children, they should also note that multiple births are more likely to run into complications.

Finally, note that IVF almost guarantees the use of multiple embryos. In many cases, unused embryos head to storage for future use. They may also be donated to another couple, used for research, or discarded. These methods might conflict with your religious or cultural views, so keep this in mind.

You will have to work with a medical professional to assess which treatment is the most appropriate. “Every patient and every situation is different, so you should meet with a fertility specialist to review your history and to discuss a recommended course of action,” Mary Ellen G. Pavone, MD advises. Only by considering all the risks and benefits of IUI vs. IVF can you come up with a decision that works best for you.

Is IUI more successful than IVF?
The success varies for each woman depending on the cause of infertility, age, and other factors. Generally, IVF has a higher success rate as compared to IUI. For IVF, the success rate is 40-45% for those under 35 years of age. It then decreases to 15% for those over 42 years old. Meanwhile, for IUI, the success rate is only 8-15% for ages under 35 and only 2% for those over 40 years old.
Why do IUI instead of IVF?
IUI is more natural and less invasive. IUI is the process of delivering sperm into the uterus during a woman’s ovulation period either through a syringe or catheter.
Which is cheaper IUI or IVF?
Since IUI is less invasive, it is less expensive than IVF. Normally, for IUI is the initial treatment for couples with mild infertility problem for the male, women under 40, and those with unexplained infertility.
Should I try IUI before IVF?
Doctors advise to first go through three cycles of IUI before proceeding with IVF. For women who are under 35 years old, the chance to conceive through IUI is high.
Can you have twins with IUI?
IUI can not increase the chances of having twins nor does it guarantee. But the fertility medications that come along with IUI might help in increasing the chances of having twins.
Is miscarriage rate higher with IUI?
Generally, women with infertility have a higher risk of miscarriage, including those who try IUI. But it must be known, that those who have experienced a miscarriage do not increase the probability of getting another miscarriage.
Is IUI successful in first try?
The success rate of varies but in general, IUI success rate is 16.4% per cycle. Doctors recommend partaking in three cycles. In total, there is about a 40% success rate. After three trials, the success rates drop and couples are usually then recommended with IVF.
Who is IUI good for?
IUI is recommended for women who have a normal uterine cavity. Also, there must be good ovarian reserve and unblocked fallopian tubes.