How Many Eggs Does A Woman Have?

One of the most surprising things people first learn about in biology class is females have a limited fertility period. Unlike males who continue to produce sperm through their entire lives, females eventually become infertile as they age. One of the factors affecting female fertility is the ovarian reserve, which is the number of eggs their ovaries contain. For women interested in having children, the next question becomes apparent: how many eggs does a woman have?

A woman has the most number of eggs during birth when her ovaries contain at least a million egg cells. However, only around 300,000 usually remain once puberty starts. By the time the woman reaches menopause, roughly a thousand eggs remain. To understand why this decrease occurs and how it impacts fertility, you must first understand how the female reproductive organs work during each menstrual cycle. 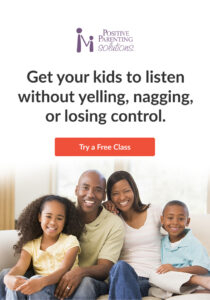 The Menstrual Cycle Of Women Eggs

Every monthly cycle, an interplay between several hormones leads to changes in the structure and function of several reproductive organs. The menstrual cycle is involved in preparing the woman for a possible pregnancy. “The menstrual cycle has one purpose and one purpose only: reproduction,” Lauren Streicher, M.D. , associate professor at Northwestern University Feinberg School of Medicine adds.

The menstrual cycle starts on the day of ovulation, which is when an egg cell is released from one of the ovaries. Ovulation is accompanied by a spike in estrogen, which is used to trigger the ovaries into releasing the egg. Progesterone also spikes, signaling the lining of the uterus to thicken and prepare for implantation of a fertilized egg. Roughly two weeks after ovulation, this lining will shed away if the egg cell was not fertilized by a sperm. Levels of both hormones drop, leading to menstruation.

On the first day of menstruation, the pituitary gland starts to secrete follicle-stimulating hormone. Also known as FSH, the hormone is responsible for helping several follicles in the ovaries to mature. Each follicle contains an immature egg cell which is developed further by FSH. Of the stimulated follicles, only one reaches maturity and is released during ovulation.  Drew Tortoriello, MD says “Think of FSH as the wake-up call for the ovary; if the ovary is responsive then the amount of FSH needed to get the ovary up and running is minimal.”

The other stimulated follicles die because FSH levels drop gradually on the days preceding ovulation. The dominant follicle becomes sensitive to FSH and can continue developing despite the drop in hormone levels. As a result, the egg count of each ovary decreased with each menstrual cycle.

The story of egg cell development goes beyond the menstrual cycle. As mentioned before, the ovaries contain all the egg cells the woman will have for her entire life, and women cannot create new egg cells after birth. These egg cells are inactive to help preserve them until needed. According to Yasmin Gosiengfiao, MD  and co-author, “The initial number of follicles in humans is established in utero at 5 months gestation with approximately 10 million primordial follicles. This number of follicles (or ovarian reserve) diminish in utero and after birth to nearly 500,000 at menarche and continue to decline thereafter.”

Egg cell development starts when around 30 follicles, originally microscopic, begin to grow. During this time, each follicle is insensitive to hormones. They steadily grow in size for the next three months, eventually becoming filled with fluid. When they reach around a few centimeters in size, they develop to antral follicles. At this point, they become sensitive to FSH, and the next hormone surge spurs them to mature.

Only one of these follicles reach peak maturity, and it is responsible for releasing the egg cell during ovulation. Because of this process, an average of 30 follicles is lost by each woman every day.

Interestingly, the number of antral follicles produced per cycle decreases with age. For women near menopause, gynecologists can only detect around 10 antral follicles. However, ovarian reserve loss continues to drop as more and more cells expire.

Ovarian reserve correlates with fertility. As it drops, a woman becomes less fertile. Ovarian reserve also relates to age. Even before menopause, women start to lose potency as they reach their thirties. Many women become infertile once they reach their mid-forties. However, individual differences in ovarian reserve mean exceptions can occur, such as older women who can continue to bear children.

You can estimate ovarian reserve by using two main types of approaches. The first approach measures hormone levels, while the other method directly counts the number of follicles in the ovaries.

You can try two hormones tests for measuring ovarian reserve. The first involves measuring levels of FSH in the blood during the first day of menstruation. The first method is based on the interplay between the pituitary gland and the developing follicles. If there are fewer developing follicles, they signal the pituitary gland to produce more FSH to compensate. Hence, higher FSH levels can indicate a lower ovarian reserve.

The other hormone test focuses on the amount of anti-mullerian hormone, or AMH, circulating in the blood. Follicles release AMH, so higher AMH levels mean that the ovarian reserve is higher. Unlike the FSH test, the AMH test is a direct measurement of ovarian reserve. The AMH test is also more sensitive so itis useful for early detection of any fertility problems.

The even more direct method of observing the follicles is using ultrasound. The gynecologist inserts a probe into the vagina directing it towards the ovaries, allowing the operator to count the number of antral follicles visually. Less developed follicles do not show up on the screen. The ultrasound test allows the physician to see the number of follicles that will respond to hormones during the next menstrual cycle. However, this test is subjective, as it relies on visual inspection.

How Many Eggs Does A Woman Have

How Many Eggs Does a Woman Have FAQs

How many eggs are left at age 30?
On average, 1,000 eggs die every month. Only one from the thousand ovulates. By the age of 30, egg cells have significantly decreased. Around 90% of eggs are lost by the age of 30.

How many eggs does a woman lose during her period?
Before puberty, about 11,000 eggs die each month, but once puberty begins, only a thousand eggs die monthly. During period one of the eggs released will ovulate and live for the next 24 hours to be fertilized.

At what age do women’s eggs go bad?
Fertility for women decreases by the age of 30 and more rapidly by the age of 35. However, women can still get pregnant at this age, only that the chances get slimmer.

What is the best age to have a child?
Fertility for both men and women is at a peak at around 20s. If you are planning to build a family, age 20 is the time to begin having a baby for a higher chance of bearing a healthy child. At age 35-40, fertility decreases significantly.

What is the maximum age for a woman to get pregnant?
It varies among women. There are women who were able to carry a child even in their 40s or 50s. However, there are more risks for both the mother and the baby in late pregnancy.

Can a 7-year-old get pregnant?
No, a woman can only get pregnant if she’s ovulating. Ovulating only begins around a year after the first period and the first menstrual cycle occurs at least at age 11.

Is 50 too old to have a baby?
Women can still have a baby at age 50 although the risk is higher. There is an increased chance of premature birth, low birth weight, fetal mortality, and small size for gestational age.

Disclaimer: The information on this site is not intended or implied to be a substitute for professional medical advice, diagnosis or treatment. All content, including text, graphics, images and information, contained on or available through this website is for general information purposes only. Please see a medical professional if you need help with depression, illness, or have any concerns whatsoever. WE DO NOT OFFER MEDICAL ADVICE, COURSE OF TREATMENT, DIAGNOSIS OR ANY OTHER OPINION on your conditions or treatment options. SERVICES OR PRODUCTS THAT YOU OBTAIN THROUGH THIS WEBSITE are for information purposes only and not offered as medical or psychological advice, guidance or treatment.

We also use some affiliate links in this blog to help support continuous production of wholesome parenting content such as this. 🙂 Feel free to use them to show your support.