The Ultimate Guide to Ectopic Pregnancy 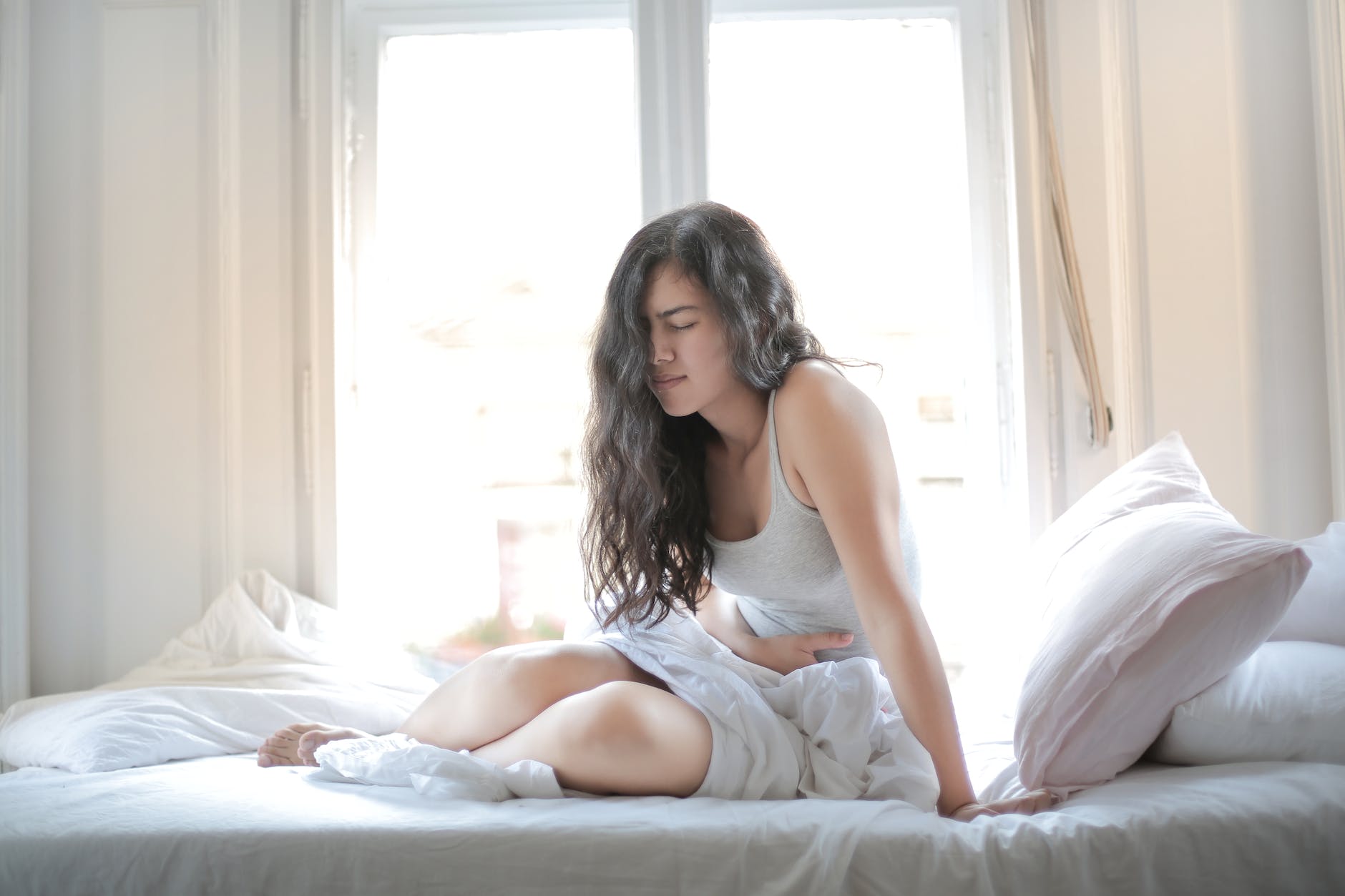 Pregnancy is undoubtedly one of the biggest wonders of life. For expecting mothers, the journey is even more awe-inspiring and spectacular. However, pregnancy has never been know as a smooth-sailing ride. There are a lot of big risks and changes involved, not just with your body but with your life too. Fortunately, you can monitor, mitigate, and stop some of them by staying on top of your and your baby’s health.

What Is An Ectopic Pregnancy?

The fertilized egg can also grow in other in the other organs in your abdominal cavity. However, this rarely happens compared to tubal pregnancy. Unfortunately, the fertilized egg won’t be able to survive outside the uterus. The growing tissue in the fallopian tube also poses the risk of heavy and life-threatening bleeding. That means all ectopic pregnancies need to be terminated.

An ectopic pregnancy is a serious medical emergency. You need to seek urgent care to avoid incurring any damage to the organs in your abdominal cavity. Your fallopian tubes can also rupture if the pregnancy isn’t stopped. That can lead to severe bleeding and may result in death if not given prompt treatment.

What Are The Symptoms Of An Ectopic Pregnancy?

The symptoms of an ectopic pregnancy are similar to those of a typical pregnancy. You’ll observe a missed menstrual period, and may also experience nausea and breast tenderness. If you take a pregnancy test, it will come out positive.

Other early warning signs you should look out for are light vaginal bleeding and pelvic pain. There are also other more serious symptoms like when vaginal bleeding is accompanied by abdominal pain, shock, and fainting. Watch out for shoulder pain too, because it can be indicative of major internal bleeding. If you observe any of the symptoms of ectopic pregnancy, seek emergency care right away. 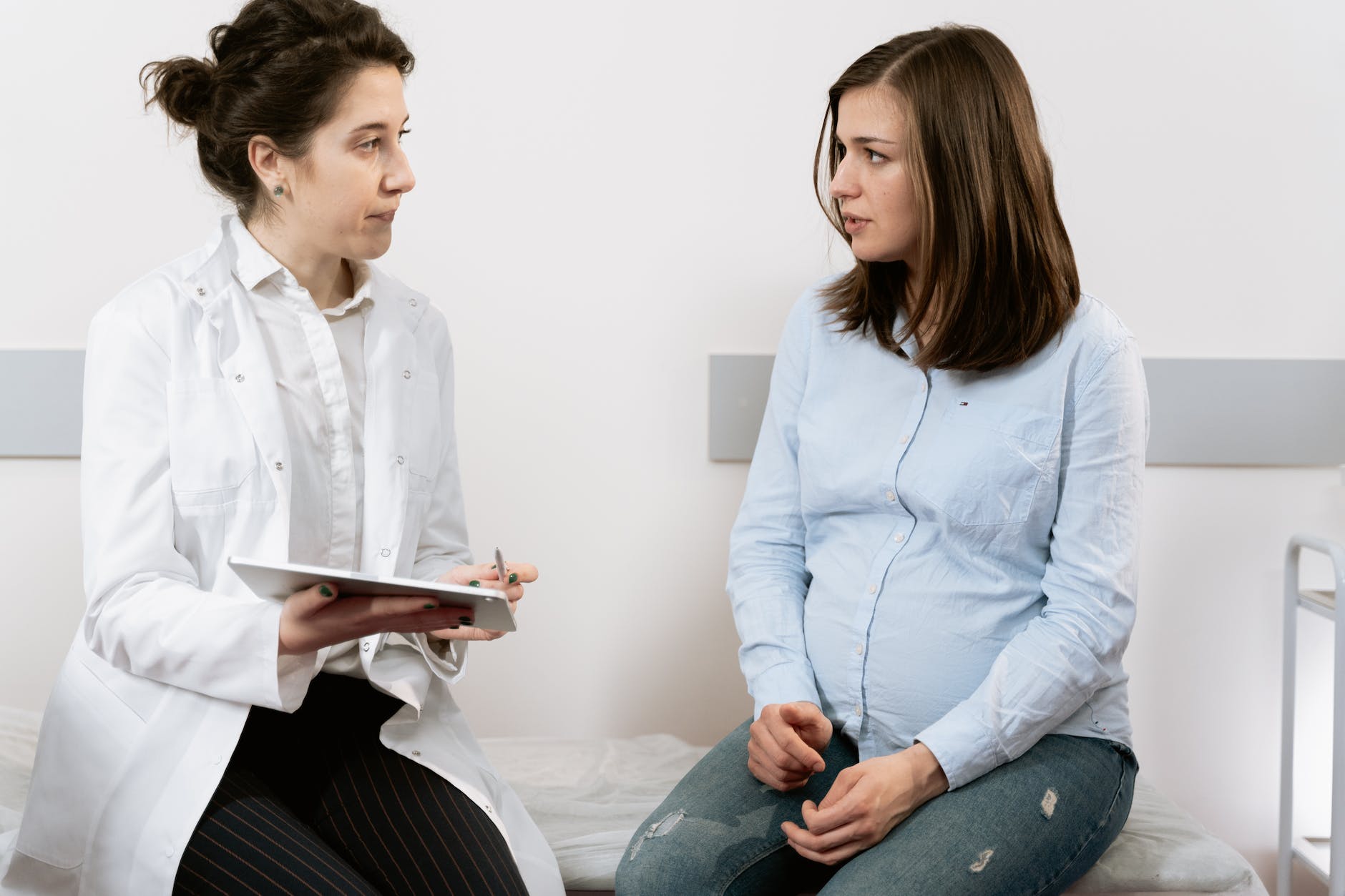 How Is Ectopic Pregnancy Diagnosed?

Your doctor will recommend the best treatment plan for you as soon as they discover an ectopic pregnancy. However, it’s a different case if you go to the hospital with ruptured fallopian tubes and severe symptoms. If that happens, you’ll be sent in for emergency surgery immediately to stop the bleeding and mitigate the symptoms.

How Early Can An Ectopic Pregnancy Be Diagnosed?

Most cases of ectopic pregnancy are diagnosed early or within the first trimester. Many are detected by the eighth week mark of pregnancy, when people undergo tests to confirm if they’re pregnant.

Early diagnosis is the key in resolving an ectopic pregnancy. You may want to consult with your doctor as soon as you observe any of the warning signs mentioned above. If you’re not sure if you’re pregnant, you should book an appointment with your physician too. That way, you can confirm immediately if you’re pregnant and if you have an ectopic pregnancy.

What Are The Risk Factors For Ectopic Pregnancies?

An ectopic pregnancy happens when you have a condition that prevents a fertilized egg from reaching your uterus. It may be something that slows down the egg or blocks its way in the fallopian tube. There’s not one fixed cause, but there are several factors that can increase the risk of an ectopic pregnancy. They are called “risk factors,” and they make you more likely to develop the condition.

There’s about a 10% chance that you’ll have an ectopic pregnancy if you’ve already had one before. However, you can also still have a healthy and normal pregnancy. Your chances of developing another ectopic pregnancy largely depends on what caused the previous one. Another consideration is how you resolved it and what you did afterward.

If you made some lifestyle and medical adjustments based on what caused you previous ectopic pregnancy, you’re on the right track. While there’s no way to make sure you don’t develop another tubal pregnancy, you may work to reduce that likelihood. 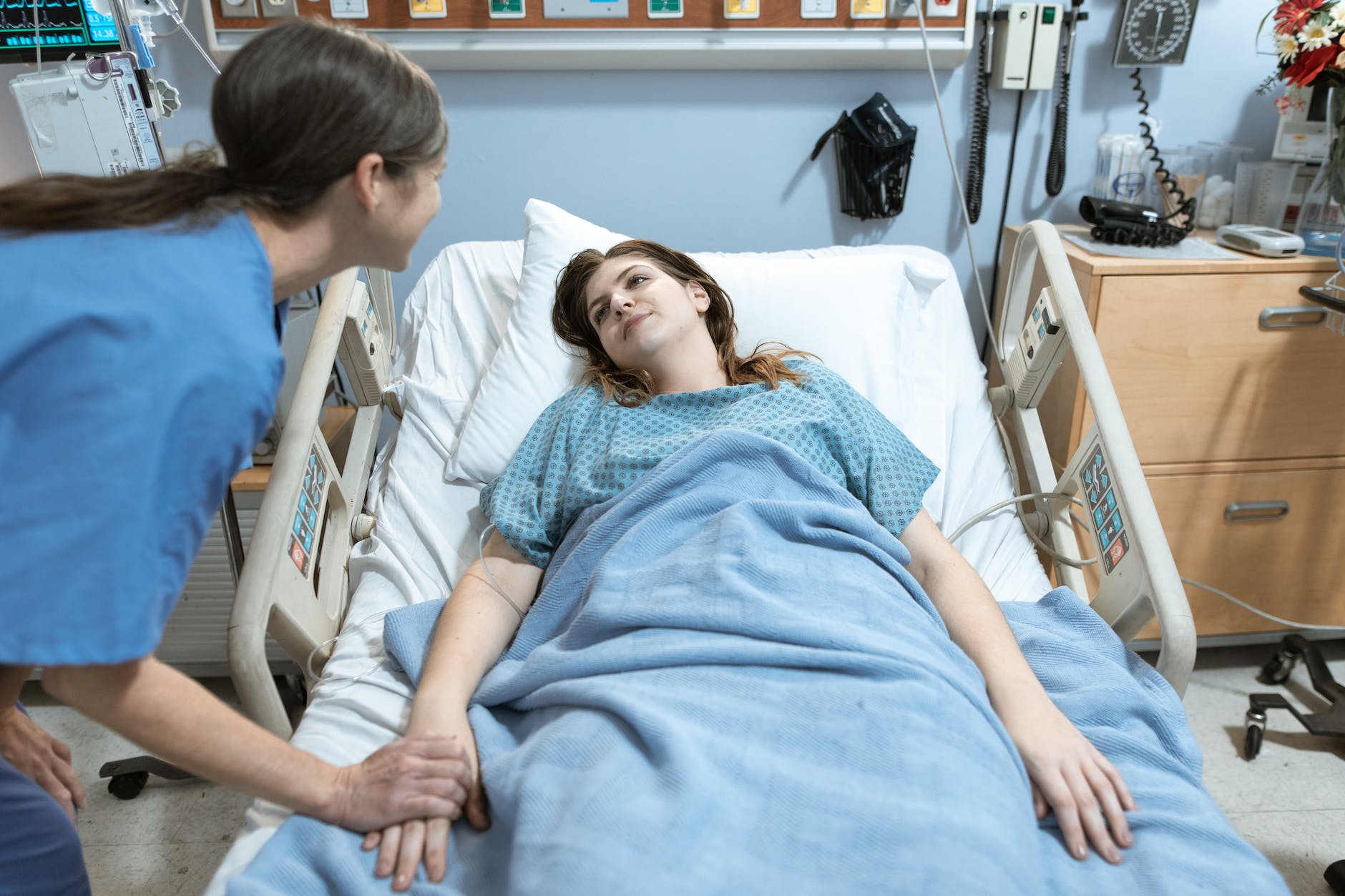 Pelvic inflammatory disease occurs when sexually transmitted infections spread to a woman’s reproductive organs. Typically, PID affects the uterus, ovaries, and fallopian tubes, and it doesn’t exhibit symptoms often. Because of that, many women don’t find out they have the condition until they encounter complications from it.

If left untreated, PID can cause scar tissue to develop in your fallopian tubes. That increases your risk of having a future ectopic pregnancy because the injury can block the fertilized egg’s movement.

Some symptoms of PID include abnormal vaginal discharge, pelvic and abdominal pain, difficulty urinating, and abnormal vaginal bleeding. You can lower you chances of getting the disease by using condoms, avoiding douching, and getting tested for STDs regularly. You may also request your partner or partners to undergo an STI test routinely.

Tubal ligation is a surgical procedure where your fallopian tubes are cut, tied, or blocked. It’s a reliable way to prevent women from getting pregnant. But although rare, there are still cases where women conceive after the surgery. An ectopic pregnancy may occur if you’re already pregnant by the time you undergo the procedure. Additionally, the younger you are, the bigger the chance your fallopian tube will heal post-surgery. That may result in an ectopic pregnancy.

Like tubal ligation, using an intrauterine device is also a reliable way of preventing pregnancy. However, there are still rare cases where women who are using an IUD still become pregnant. Often, those pregnancies turn out to be ectopic.

You can stay on top of this situation by consulting with your physician as soon as you feel pregnancy symptoms. That way, they can find out if you have an ectopic pregnancy and proceed with the appropriate treatment. 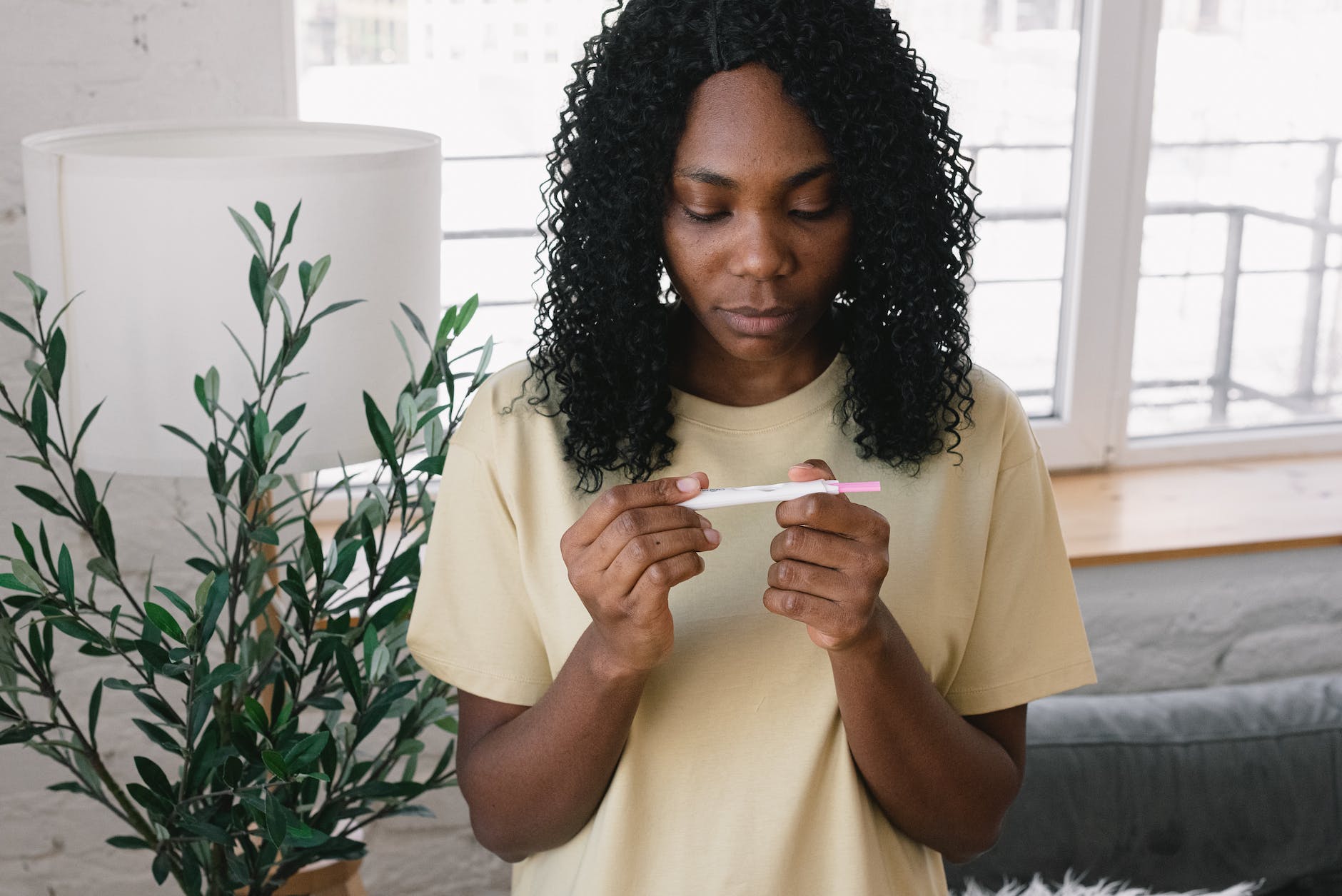 An ectopic pregnancy happens to around 2% of women who employ assisted reproductive technology, like in vitro fertilization. The procedure involves harvesting a woman’s egg from their embryo and having it fertilized in a laboratory. It’s then put back in the uterus to facilitate pregnancy. However, a fertilized egg may grow in the fallopian tube during in vitro fertilization, causing an ectopic pregnancy.

Cigarette smoking increases the risk of an ectopic pregnancy by up to three times, compared to non-smokers. Smoking can cause delayed ovulation and compromise your immune system. It also impacts the movement in your fallopian tube and uterus, which can affect how the fertilized egg travels.

How Are Ectopic Pregnancies Treated?

Treatment for an ectopic pregnancy varies depending on when it was detected and the symptoms associated with it. What works for one woman may not be the appropriate treatment for another. But it’s crucial to have ectopic pregnancy treated as soon as it is diagnosed. Both treatment options also require follow-ups where your doctor checks your hormone levels and overall health status.

There’s an early ectopic pregnancy treatment medicine called Methotrexate. It terminates the pregnancy by stopping the cells from growing, allowing your body to simply absorb them. Your doctor may recommend this treatment if your fallopian tube doesn’t require removal.

Surgery may be required if your condition is severe, like if your fallopian tube ruptures or becomes damaged. Additionally, surgery may be used to remove ectopic tissue from the fallopian tube or remove the tube entirely. The procedure is laparoscopy, which uses a slender camera called a laparoscope. The device is inserted into the pelvic cavity via small incisions in the abdomen.

How Are Ectopic Pregnancies Prevented?

There isn’t any guaranteed way to prevent having an ectopic pregnancy. What you can do instead is lower your chances of developing one by addressing the above risk factors. If you must, make lifestyle changes like quitting smoking and using condoms to prevent sexually transmitted infections.

You may also ask your doctor about why and how an ectopic pregnancy occurs. If you plan to get pregnant, you may ask them for help in facilitating a healthy and normal pregnancy. They will look at your medical history, lifestyle, habits, and existing conditions to see what should adjust.

Is It Possible To Get Pregnant Again After An Ectopic Pregnancy?

You can get pregnant again even after having an ectopic pregnancy. However, your chances of developing another one in the future increases by 10%. For your future pregnancy, it would be best to seek medical assistance. That way, a professional can help you can reduce your risk of having another ectopic pregnancy.

There are also many ways for you to cope after having an ectopic pregnancy. You can talk to support groups with women who’ve had the same experience. In addition, you can surround yourself with the people you trust, like your family, friends, and loved ones. You can also seek professional help for your mental and emotional wellbeing. It’s not easy to recover from an ectopic pregnancy, but getting support may help you get back up. 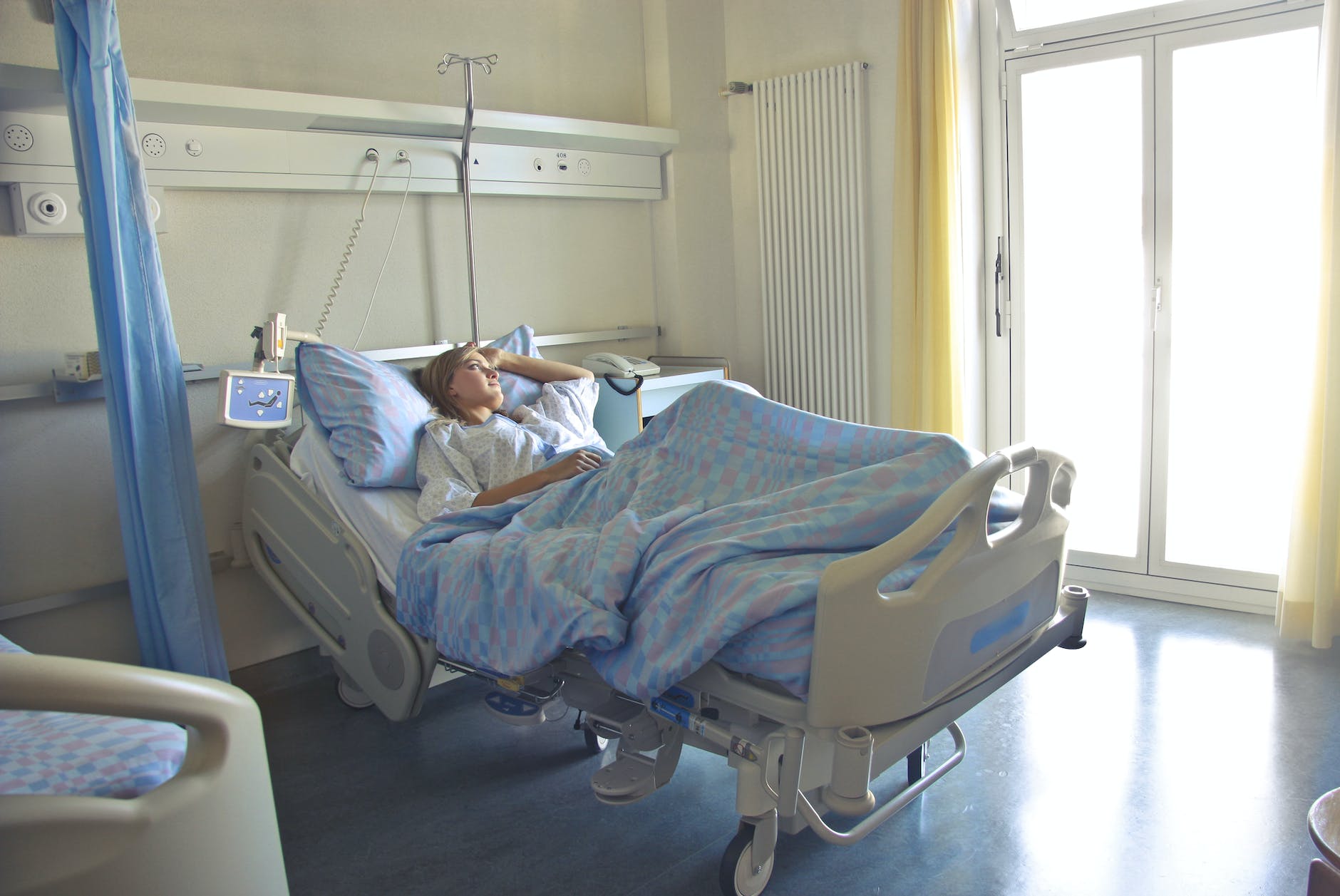 An ectopic pregnancy occurs when the fertilized egg implants outside the uterus. In most cases, it grows in the fallopian tubes, but it can also stay in the abdominal cavity. The early warning signs of an ectopic pregnancy include typical pregnancy symptoms like a missed period, nausea, and breast tenderness. Other signs include vaginal bleeding, and pelvic, abdominal, and shoulder pain.

Developing an ectopic pregnancy is not easy, but there are people who can help you recover from it. Also, it’s absolutely possible for you to have a normal pregnancy in the future if you want to get pregnant. You can get medical help to reduce your chances of having an ectopic pregnancy. At the same time, you can also seek professional help for your mental and emotional wellbeing if you need support.