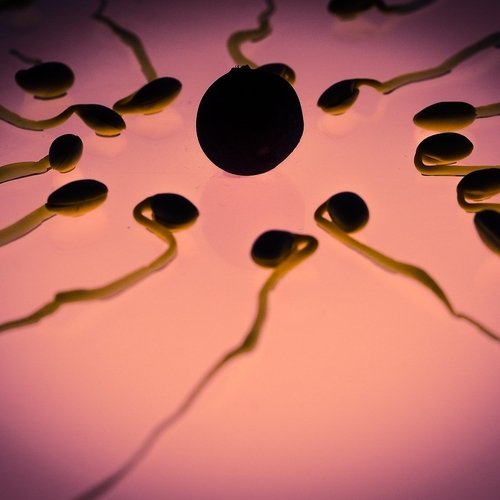 Ovulation is the process that occurs when hormonal changes in a menstrual cycle trigger the ovary to release an egg. This process plays a fundamental role in a woman’s fertility and dream of building a family.

Most people know little about this process, as they only see its importance when they’re attempting to conceive a child.

There are a lot of issues and matters involved in ovulation. But you need not to see it as something cryptic and uncertain. You only need to familiarize yourself with facts and half-truths. Here are the biggest ovulation myths you need to know:

Women Tend To Ovulate On The 14th Day Of Their Cycle

To calculate the ovulation period, one needs to take note of the last menstrual period or LMP. The LMP becomes the baseline for the “fertile time,” which is usually anywhere between Day 12-16 days from the next expected period.

The myth that you always ovulate on the 14th day of your cycle only comes from an estimate calculation. Suppose you have a 28-day cycle – your fertile or ovulation time would be halfway between period, which is around Day 14. In recent research of more than 800 women, there is only a small percentage of women (14%) who ovulated on Day 14.

It is essential you understand ovulation can occur at various times during a cycle. It may happen on slightly different days each month. The best thing to do is to be accurate and find a tool that will help you track your cycle, so you become aware of your peak fertility days. It will help a lot if you are looking to expand the family.

Contrary to popular belief, irregular periods and infertility are not always necessarily linked. While the cycle poses a challenge in determining your fertility window, that doesn’t mean having a baby is a no-go.

Underlying hormonal imbalances in the body usually cause irregular periods. It is perfectly fine and can be regulated or fixed. Although, you may opt to consult with a doctor if it goes on for some time and if it starts to bother you. “Irregular periods can also be caused by lifestyle factors such as poor diet, weight (either too high or too low), or intense exercise,” Jackie Vinyard, M.S. adds.

On some occasions, this absent period can be a symptom of PCOS or Polycystic Ovary Syndrome, which negatively impacts fertility. Women with PCOS do not ovulate nor release an egg due to the overproduction of estrogen by the ovaries.

Various conditions could get in the way of your efforts to get pregnant. Make sure not to assume or self-assess right away. Instead, get the help of a doctor to decide how to best tackle the problem. There are plenty of medications to help stimulate ovulation.

If there are no other issues with your menstrual cycle, you may just be experiencing problems determining your peak fertile time. Have sex with your partner every few days throughout the month to increase your chances of pregnancy.

Women Will Take Longer To Ovulate After Going Off The Pill

After months or years of fun sex, there comes a time when having a baby becomes the most significant priority. How do you go about it if after spending an extended period on birth control pills? Does that mean it’ll take ages for you to get pregnant?

You can feel relieved because the answer is: it doesn’t matter. If you go off the pill, your body will return to its natural cycle before you began using birth control. It is the general rule of thumb.

In fact, in a comprehensive review of studies, it is found that birth control does not negatively impact fertility or ovulation. There is a significant percentage of women who got pregnant within one year after going off the pill. Medical director of the WebMD Fertility Center, Amos Grunebaum, MD says that “It takes on average four to five months to get pregnant, and 85% of couples take up to one year.” Therefore, you need not be bothered about damaging your chances for using birth control, because that is not how the body works.

The fact we can rely on is that just because fertility has returned doesn’t mean you can get pregnant immediately. Don’t focus on the birth control method you’re using, because you should also consider several things that could affect pregnancy.

These factors include your age, lifestyle, and health. After going off the pill, it’s best to talk to your doctor for tips on how to get pregnant faster.

You already know about a woman’s menstrual cycle and ovulation period. You’ve crossed your most fertile days on the calendar and plan to get busy with your partner during that time. That’s not at all bad. You have a high chance of conceiving a child, but take note — you can also get pregnant on other days!

Women are most fertile the day they ovulate as well as five days before. Yes, the egg is viable for 12 to 24 hours or roughly a day. But the sperm can survive in the vagina, uterus, or fallopian tubes for days, thus, fulfilling your hopes of pregnancy.

Performing sex on the days leading up to your ovulation period also means you have a high chance of getting pregnant. Don’t be fooled by any other myth that says otherwise!

Women Can’t Get Pregnant On Their Period

The fertile window lasts for five to six days. If your cycle is short, there is a possibility that you ovulate on one of those days. You know how it goes. If you can ovulate, then you can get pregnant. According to Megan Cheney, MD, MPH, “If you have a 21-day cycle, you’d likely ovulate around day seven. And if you’re still on your period by day seven, it may be possible to get pregnant.”

There is also little to no scientific backing to the claim menstruation will wash out the sperm with period blood. Your period can’t fight against the sperm swimming up to your reproductive system.

The key to getting pregnant is not about frequency but on timing. You can have sex with your partner every day if you want. But that doesn’t help your chances of conceiving.

Doctors say it’s much useful to have sex every other day, or during the fertile days for the best results. You can also try enjoying some intimate time five days before ovulation. If your calculations are slightly off, then at least you’ve given yourself some allowance.

If you want to be spontaneous, it may be better to have sex every day and see how it works out. But if the waiting time gets too frustrating, maybe you can rely on the fertile window for the best outcome.

It is utterly typical if you find yourself believing these ovulation myths before. Many people take the word of adults, especially their parents’ when it comes to pregnancy. How could you have known it was just a myth?

Just remember to familiarize yourself with the facts instead of these misconceptions to get the best chance of getting pregnant.

How do you tell if you are ovulating?
Ovulation has symptoms that you can recognize that will indicate whether you are ovulating. These signs are tenderness or soreness of breasts, spotting, abdominal pain, an increase in libido, sensitive sense of smell, and changing cervix. Much like how menstrual symptoms vary among women, the same goes for ovulation symptoms.

What happens when you are ovulating?
Luteinizing hormone (LH) triggers the release of a ripe egg. The mucus in the cervix turns slippery than usual to allow the sperm to move towards the egg. Ovulation happens around 11 to 21 after your last menstrual period.

Does ovulation mean your pregnant?
No, it does not mean you are pregnant. Ovulation happens because of the release of a ripe egg cell from the ovary to the uterus. Pregnancy will only when a sperm fertilizes a ripe egg.

What does ovulation discharge look like?
The vaginal discharge during ovulation looks quite like a raw egg. It is slippery, thin, and either white or clear in color.

How long should you keep sperm inside to get pregnant?
Pregnancy may occur as soon as 3 minutes if there is a ripe egg already waiting. Otherwise, the sperm can survive in the female reproductive system for up to 5 days.

Can I get pregnant even if I wasn’t ovulating?
Ovulation is required to get a woman pregnant. When eggs are not released by the ovaries it is called anovulation. If you are encountering unusual activity during your menstrual cycle, it is best to consult with your doctor for proper treatment.

How can I easily get pregnant?
The chance of getting pregnant is highest if you have sex during the ovulation period, including the day before and the day after. Sperm must fertilize during this period to get pregnant.